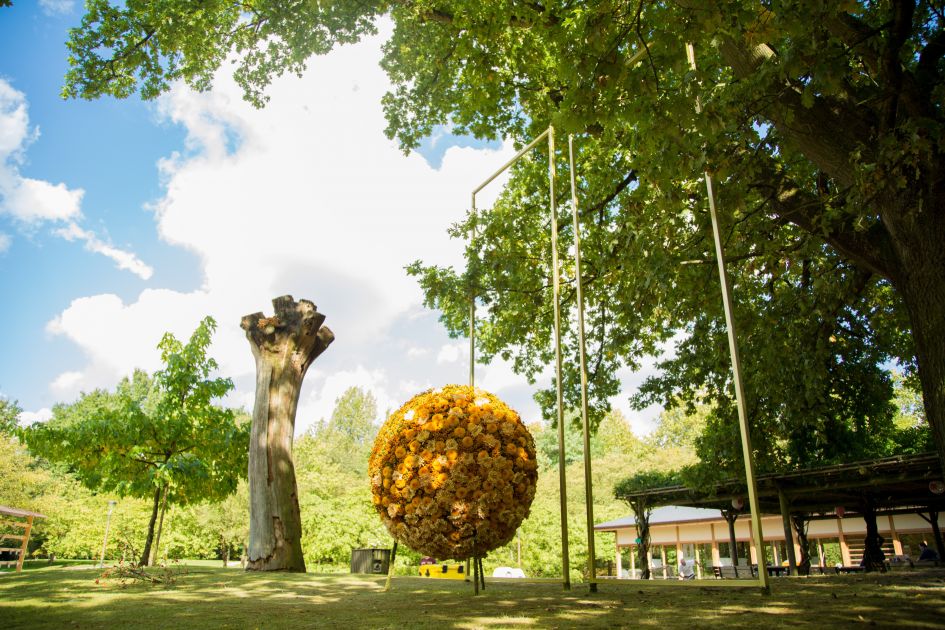 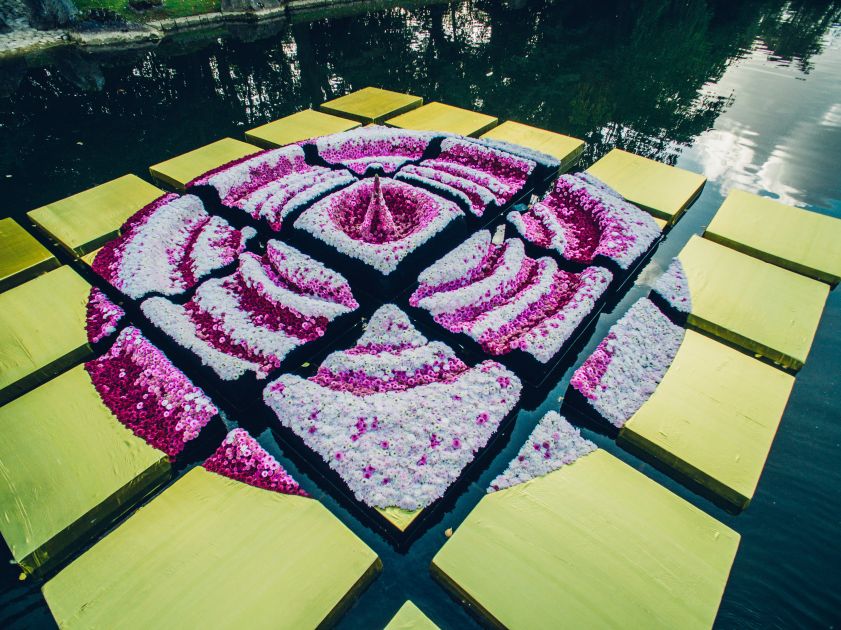 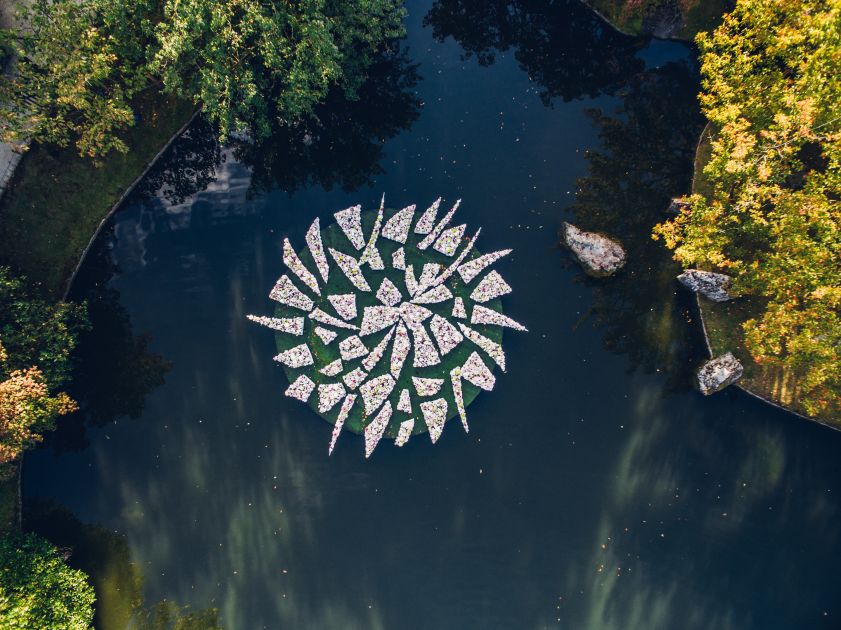 Never before have chrysanthemums in the Japanese garden Hasselt been shown as masterfully as this year (2017). Tomas De Bruyne not only brought out the best from every flower, but combined them in artistic creations that each bring their (Japanese) story.

This edition of the biennial chrysanthemum festival or kikumatsuri was an absolute aesthetic topper. Tomas de Bruyne took care of the coordination. Six different nationalities from France and Poland to Mexico and China, helped to shape his designs in minute and absolute craftsmanship. Among the students and among others were a Polish champion and a fourth laureate European champion flower arranging.

Great creations
In the garden were five, literally and figuratively, great creations suitable. Both form, color, arrangement and impact on the environment were carefully considered by Tomas. As a result, they went for maximum interaction with the garden in autumn colors and each visitor was personally addressed in experience.

As a Japanese custom Tomas let plants and compositions tell their own story. This was often accompanied by symbolism and a Zen thought. A reference to 150 years of diplomatic relations between Japan and Belgium, but also scenes that lead to a consideration such as the more powerful a stone gets into the water, the greater the wrinkles appear on the surface of the water or, despite fragmentation, the larger overall must be kept in mind. Two of these creations went for a real challenge. They floated on the water!

Inside the ceremony house
When looking at these creations, you almost blamed the fact that this flower is identified with cemetery use in our country. Here she was honored with all the honors she has been granted in Japan: a symbol of longevity and happiness.
To illustrate how and what Japanese themselves are working with this special flower, Tomas invited his Japanese friend and colleague Naoki Sasaki to perform a sixth design. This Japanese grand master from the region of the pearl island of Toba and the sanctuary of Ise, could arrange a meter long and wide floral extension to a beautiful kimono. The realization was set up in the ceremony house and has a beautiful setting.

‘Beauty of nature’
The final piece of this kikumatsuri was a combination of photography and floral art. Michèle Francken (Qualified European photographer portrait & fashion) and Tomas De Bruyne showed 'Beauty of Nature' or reconciliation between woman and flower.
Michèle Francken did not only focus on publicity and fashion photography, but also on artistic portrait photography and still lifes. She has exhibited numerous works since 1986 and won several prizes. Her favorite subjects included portraits, beauty and nude. For 'Beauty of Nature' or reconciliation between woman and flower, created for the chrysanthemum festival in the Japanese Garden, Michèle and Tomas were inspired by the Eastern culture and symbolism of the chrysanthemums. The photographs reflect the cosmic concept Yin/ Yang and the valuable meaning within this duality.

TO READ THE FULL ARTICLE, CLICK 'OPEN PDF' BELOW.